The SfN Annual Meeting 2015 was, as always, an incredible festival of neuroscience research and technology. Check out some of Scientifica's favourite events from the world's largest scientific conference.

In Parkinson’s disease, α-synuclein forms deposits in the brain called Lewy bodies and toxic fibrils that contribute to the death of dopamine neurons. Current treatment is excellent for reducing symptoms of the disease, but no drugs that halt or slow the disease progression are currently approved.

Curt Freed, MD, Professor of Medicine at the University of Colorado, and colleagues have developed a novel way of stopping the progressions of Parkinson’s disease by turning on a neuroprotective gene with the FDA-approved drug phenylbutyrate.

Their results, presented at SfN 2015 showed that greater expression of the gene DJ-1 leads to increasesa in lysosome and exosome activity that promotes the transfer of α-synuclein from neurons into the bloodstream, where the protein is eliminated. A clinical trial in 20 patients newly diagnosed with Parkinson’s disease and 20 age-matched controls showed that the drug significantly increased plasma levels of α-synuclein from 50 to 150 % of baseline values in all 40 subjects.

Further trials will be required to prove whether phenylbutyrate can stop the progression of Parkinson’s disease in humans.

Read more about the trial at ClinicalTrials.gov.

Huntington’s disease is a neurodegenerative condition caused by misfolded mutant proteins that result from a mutation in a single gene. The mutation occurs in a gene that normally codes for an important brain protein called huntingtin, characterised by different numbers of tandem repeats in the DNA. That makes Huntington’s disease an ideal candidate for treatment using the CRISPR-Cas9 gene editing technique.

In new research presented at the Society for Neuroscience meeting scientists infected two separate groups of mice with a mutant huntingtin gene. They then delivered a CRISPR ‘cassette’ that includes the gene-editing Cas9 enzyme and the RNA to target the huntingtin gene. This cassette is capable of silencing the huntingtin gene and so should stop the build-up of the mutant protein in the mice who get it. Treatments developed from this approach would be life-long, completely changing the prognosis for those born with the Huntington’s mutation.

The only problem is that the healthy huntingtin proteins are thought to be involved in basic cell functions such as chemical signalling. This treatment would remove the ability for the cells to produce any huntingtin. However, the majority of Huntington’s sufferers only suffer from a mutation in one of the copies of the gene. By specifically targeting DNA sequences called single nucleotide polymorphisms, the next CRISPR cassette should only silence the mutant gene.

Professor of Opthalmology Alessandra Angelucci and Professor of Computer Science Valerio Pascucci from the University of Utah presented their research on the development of software to better understand the brain’s networks at this year’s meeting.

Most animal’s brains are far too complex to create a detailed 3D map of the billions of neurons and connections that make it function. The computing power required would be prohibitively expensive, and it would take a vast amount of time to construct. 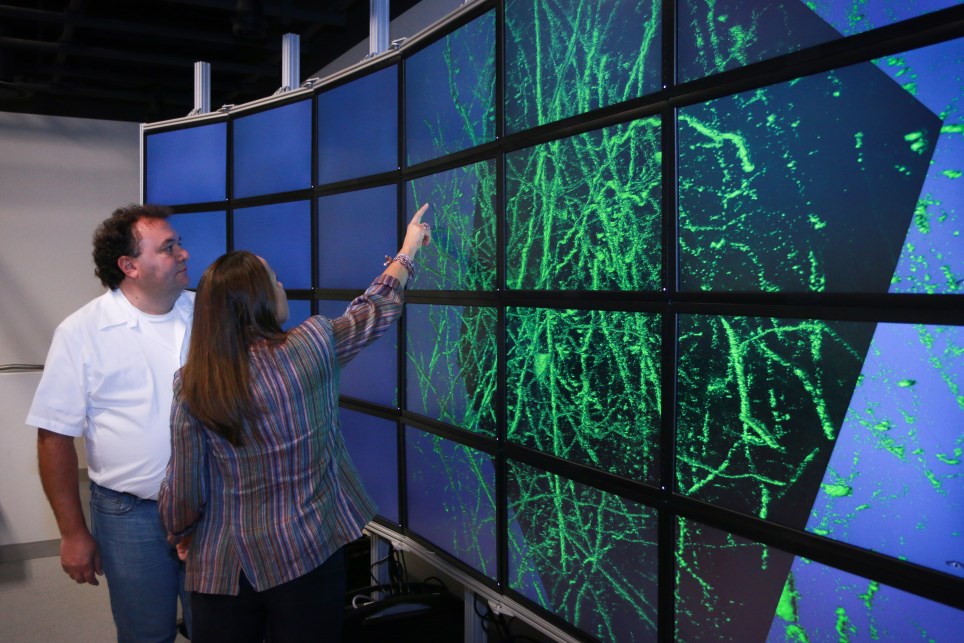 The team adapted an existing software platform called (Visualisation Streams for Ultimate Scalability) that was previously used to visualise massive sets of data to create weather or energy simulations. They combined this with CLARITY, a method for making brain tissue transparent, to scan hundreds of 3D blocks of a primate brain with a two-photon microscope. These blocks are immediately viewable and then re-assembled into an entire brain region with the help of researchers.

May-Britt Moser won half of the 2014 Nobel Prize in Physiology or Medicine (with her husband Edvard), for their discovery of grid cells in the medial entorhinal cortex (MEC).

The MEC is part of the brain’s circuit for dynamic representation of self-location. The metric of this representation is provided by grid cells, which have spatial firing fields that tile environments in a periodic hexagonal pattern.

In one of this year’s Presidential Special Lectures, Professor Moser discussed the morphological identity of cells that express this pattern, how they are organized, how they interact with the environment and how grid cells and place cells contribute to a wider circuit for goal-directed navigation.

For more information read a March 2014 BrainFacts.org article authored by May-Britt Moser and her husband.

This symposium looked at how neural networks give rise to complex behaviours; the actions, thoughts and emotions that make us human. The expert panel discussing these complicated questions included:

This session investigated how scientists can gain public support for the use of animals in research and show the critical contribution to scientific and medical progress animal studies have. The panel, chaired by Dr Michael Goldberg also featured Professor Rolf Zeller, Dario Padovan, Dr Michael Mustari and Dr Jason G Goldman. They discussed how the current strategy of hiding from animal rights activists isn’t working and how scientists can communicate the need for animal research.

Read a more comprehensive review of the session on Speakingofresearch.com

7. A platform for brain-wide imaging and reconstruction of individual neurons – Michael (Poster – Whole-Brain Imaging and Atlasing I)

Dr Michael Economo, a member of the Karel Svoboda lab at the HHMI Janelia Farm Campus, developed a new method for whole brain imaging using a two-photon microscope with a built-in vibratome. The system is capable of tracing the tangled paths of thousands of neurons through an entire mouse brain. 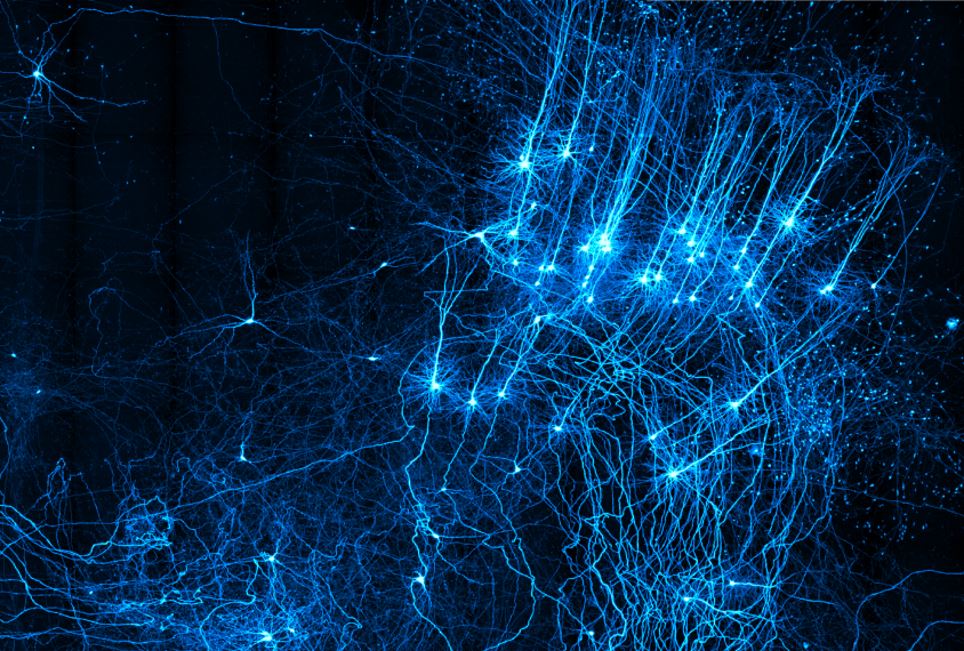 The process starts with a whole brain and scans a 3D slice about 250 µm thick. The vibratome then slices off a thinner section between 100 and 200 µm. By removing a thinner section than is being scanned the microscope images the same tissue in subsequent scans allowing the features from one image to be lined up with the next. can then be used to blend the sections together to create a detailed reconstruction of neuronal projections through the brain.

Read more about the research on neurosciencenews.com.

Researchers from Boston University have created a strategy that prevents the formation of amyloid-beta (Aβ) by blocking the dimerisation of amyloid precursor protein (APP).

The team of researchers, led by Professor Carmela R. Abraham, screened 77,140 molecules to see if any could inhibit the dimerisation of APP. They found one substance capable of preventing dimerisation that inhibited a tyrosine kinase called cKit.