Mr Sandman: Brings us a dream

Mr Sandman: Brings us a dream

Thanks to research from the University of Oxford we now know that waking up is caused by flipping a switch in the brain, a process that is mediated by dopamine.

Published in the journal Nature, these findings help us to better understand the mystery of sleep, a fundamental phenomenon that disconnects us from the world at great risk and cost.

Two different systems control sleep in the brain, the fairly well described circadian clock and the less well-known sleep homeostat. Neuroscientists hope that fully understanding what causes us to fall asleep and wake up will help us to discover the elusive benefit of sleeping.

In this paper, researchers from the Centre for Neural Circuits and Behaviour at the University of Oxford used Drosophila as a model animal to study the mechanisms of sleep.

Previous studies have shown that fruit flies have around two dozen sleep-control neurons in the brain, in a region called the dorsal fan-shaped body (dFB). These neurons are the primary output of the sleep homeostat; they are active when the fly is tired, and they are silent when the fly is well rested.

Dr Jeff Donlea, one of the paper’s lead authors, said: 'In principle, this is a device that’s similar to the thermostat on the wall of your living room. But instead of measuring temperature and turning on the heat when it is too cold, this device turns on sleep when your sleep need exceeds a set point.'

Using optogenetics, electrophysiology and real-time monitoring of the fly’s behaviour, the researchers were able to switch the sleep-control neurons off directly. By optogenetically activating the dopaminergic neurons, the release of dopamine switches the sleep-inducing neurons off, and the fly wakes up.

Next, they wanted to identify how dopamine switches off the sleep-promoting neurons and wakes the flies up. They found that transient dopamine release causes potassium efflux from the cell through an as yet to be identified channel. This rapidly suppresses spiking and causes the flies to wake. They also discovered that prolonged exposure to dopamine reduces the conductance of the voltage-gated channel Shaker and triggers the release of vesicles containing another ion channel, which they have called Sandman. This chronically inhibits firing and turns the neurons into an OFF state.

When they knocked-out Sandman in the sleep-promoting neurons, they became unable to turn-off causing them to remain active all the time and put the flies to sleep.

Professor Gero Miesenböck, the principal investigator in this paper, noted: 'The billion-dollar question in all of this is: what is the equivalent of temperature in this system? In other words, what does the sleep homeostat measure? If we knew the answer, we'd be one giant step closer to unravelling the mystery of sleep.'

The researchers now know what causes the cells to be switched off, but they still don’t understand how they get switched back on. Future studies will help to try and answer that question. 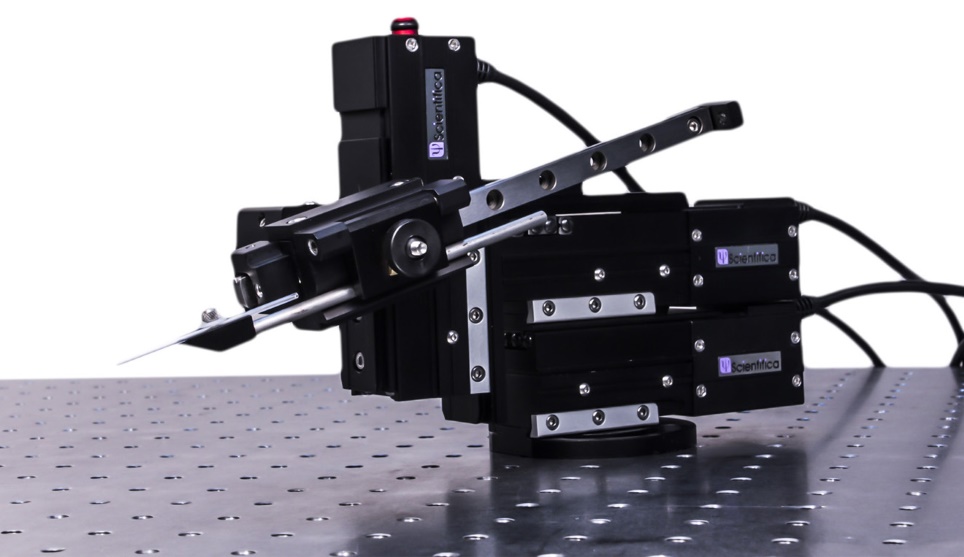 These micromanipulators provide incredibly stable super-smooth movement for precise positioning of your pipette with no electrical noise or drift.