Positively illuminating: a functional amacrine cell circuit in the retina

Positively illuminating: a functional amacrine cell circuit in the retina

Neuroscientists have identified the role of a microcircuit in the mouse retina, where inhibition derived from a specific amacrine cell largely contributes to the spiking output of a specific retinal ganglion cell (RGC).

The paper, from principal investigator Dr. Greg Schwartz, provides evidence for the direct synaptic connectivity between CRH-1 amacrine cells and the Suppressed-by-Contrast SbC RGC, as well as for a functional role of this circuit within the intact retina. This particular amacrine cell-RGC circuit shapes a unique property called “contrast suppression,” in which a retinal output neuron fires spikes continuously during steady illumination (low contrast) and decreases its firing rate both for positive and negative contrast. The role of CRH-1 inhibition on the SbC RGC was confirmed in an experiment where cell-specific ablation of CRH-1 amacrine cells resulted in a drastic functional change in the activity of SbC RGC to positive contrast stimuli.

Lead author, Dr Jason Jacoby, said: “One current objective in the field of neuroscience is to map the connectivity between specific sets of neurons and determine that circuit’s functional role. This paper not only bridges the gap between the physical wiring of a retinal circuit and the neural computation it performs but offers new techniques that may help others identify neural circuits and test its function through targeted, cell-specific ablation.”

The researchers first identified and characterised SbC RGCs using their response to light stimuli projected onto the photoreceptor layer of an intact retina. The SbC RGC typically responds to high contrast visual stimuli with an initial burst of spikes followed by a period of complete activity suppression; low contrast stimuli result in continuous spiking in the SbC RGC. Their goal was to determine which inhibitory cell was responsible for this contrast suppression.

They looked at CRH-1 amacrine cells as a potential inhibitory interneuron responsible for the inhibition of SbC RGCs because this subtype showed both costratification with SbC RGCs and sustained depolarisation in response to increases in illumination. 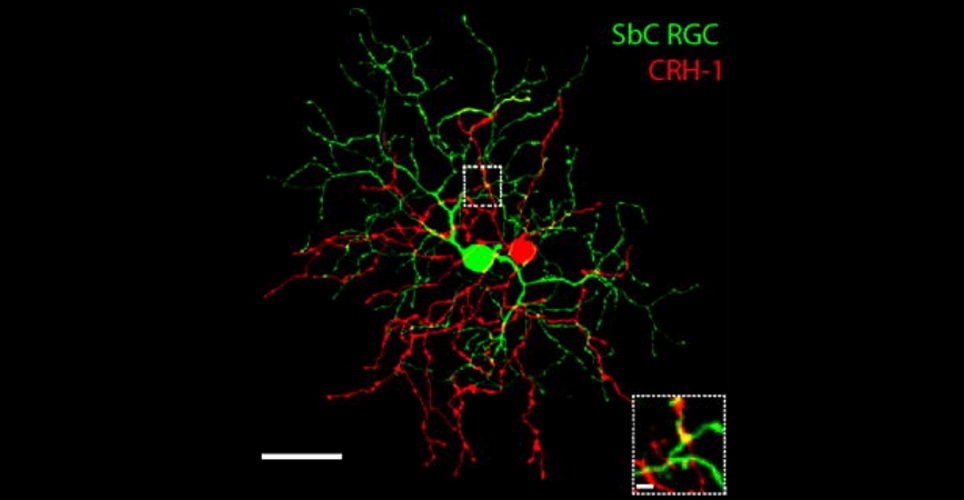 Paired recordings were performed to confirm synaptic connectivity between the two cell types. CRH-1 cells were voltage-clamped at -70 mV and injected with current pulses while inhibitory currents in nearby Sbc RGCs were monitored.

Depolarisation of CRH-1 amacrine cell resulted in a large, fast inhibitory current in the SbC RGC. The time gap between voltage application and inhibitory current observed in the RGCs was the same as the expected period for monosynaptic transmission.

Following physical ablation of nearby CRH-1 amacrine cells, the SbC RGC response to positive contrast was altered from suppression to firing well above the baseline level. 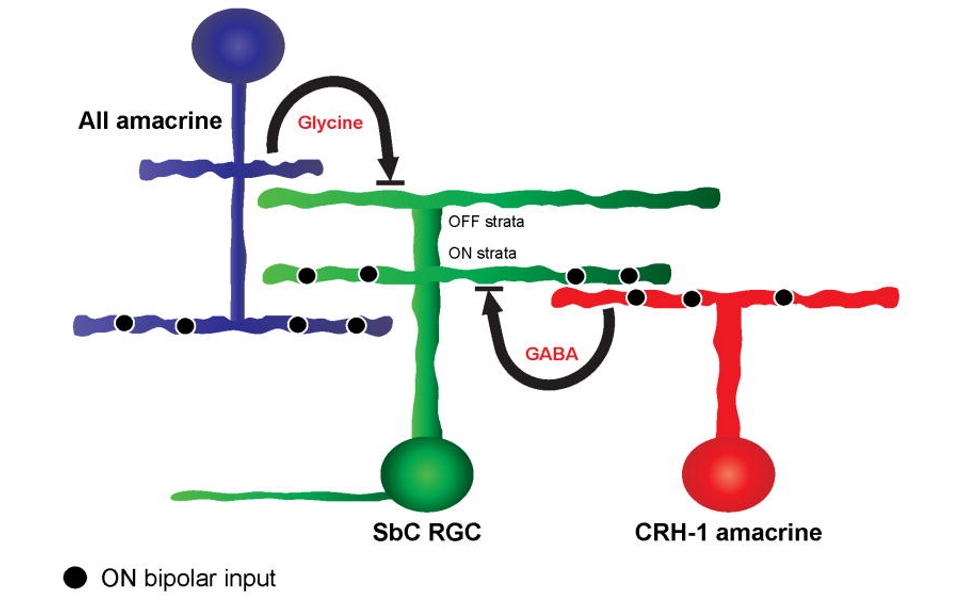 Amacrine cells are usually associated with modulatory functions, but results from these studies show that in this circuit, CRH-1 amacrine cells are vital to shaping the output of SbC RGCs. Other amacrine cell types may also play prominent roles in influencing RGCs.

Dr Jacoby added: “Without the stability and low electrical noise of our Scientifica electrophysiology rig and manipulators, the difficult experiments we performed would not have been as successful.”

Electrophysiological recordings and targeting of transgenically labelled cells were carried out on a customised Scientifica Multiphoton Imaging System under two-photon illumination at 980 nm. This scope was modified to enable illumination of the retina by distinct light patterns with a projector. 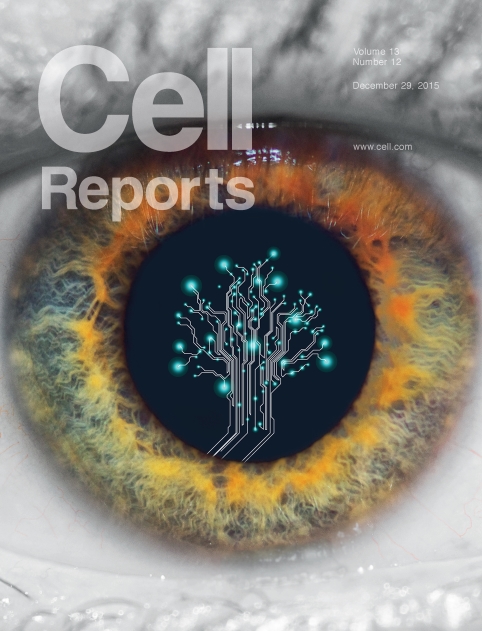